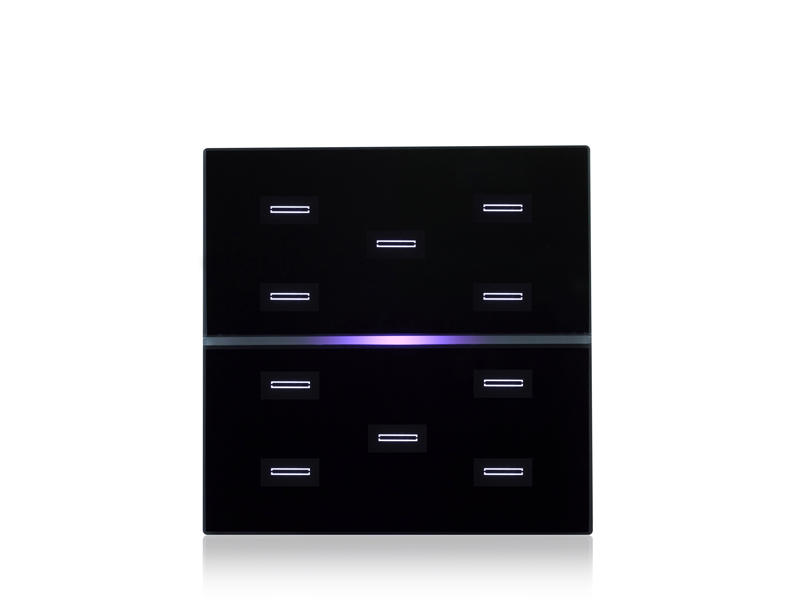 The KNX capacitive buttons  has an embedded temperature sensor and a rear 2 poles connector con gurable as digital or analog input; It’s possible to connect an additional NTC temperature probe (eelectron codes TS01A01ACC or TS01B01ACC – not included) to perform a direct temperature measurement.
9025 range has a RGB led bar on the front side in order to visualize feedbacks or other values available over the KNX bus (function available on the RGB range).

The 9025 KNX® range is mounted in 2 module box and is compliant with main standards (British, German, Italian, etc). Device is equipped with KNX communication interface.

The Switch and Sockets for home automation Eelectron, developed on KNX protocol, are intelligent custom home automation systems for automation and energy saving in buildings; the product range with Made in Italy design and production is designed for residential, hotel and building applications.

For information and quotes on our products 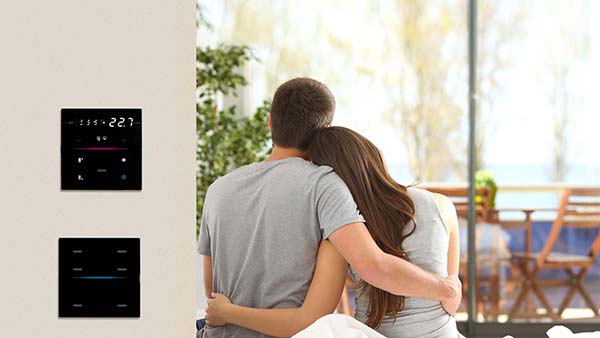 KEEP IN TOUCH
WITH EELECTRON